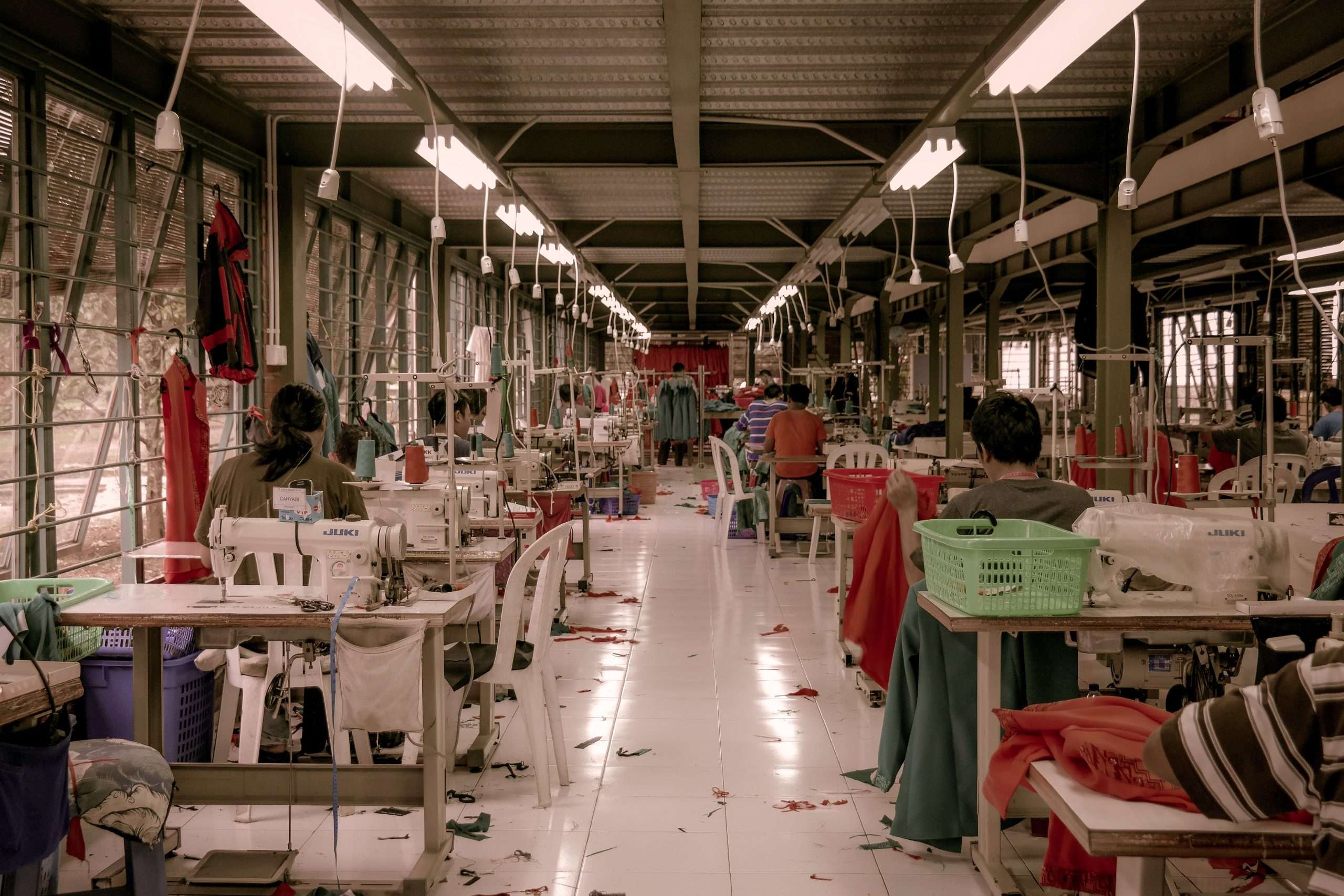 On April 24, 2013, in the suburbs of Dhaka, Bangladesh, Rana Plaza, an 8-story building housing 6 textile factories collapsed, causing the death of 1,138 workers and injuring more than 2,000 people. This tragedy is the largest industrial accident of our time. Many survivors were stuck under tons of rubble and machinery for hours, if not days, before they could be rescued, sometimes only by amputating limbs.

Bangladesh is a country of 125 million people whose economy relies heavily on the textile industry, mostly producing garments and footwear for Western brands. This industry employs around 4 million people, 90% of which are women, who earn only 95 USD per month to make clothes for global fashion brands. This tragedy is symptomatic of distressing working conditions and poor safety conditions in the clothing and footwear industry around the world. Here is a breakdown of the events and details that caused this tragedy:

According to the Bangladeshi Minister of the Interior, three of the eight floors of the Rana Plaza had been built illegally; the ninth was under construction. The building housed banks and shops, as well as five textile manufacturing workshops producing for major international brands. Although workers reported before the collapse that cracks appeared on the walls, management ordered them to continue working in the building. When the building finally collapsed on April 24, 2013, it was too late to rescue many of them.

The building was originally intended to only be a social space, however, the owner of the building decided to add extra floors on top of the already existing 5-story building. The plans for extra floors were never approved, but construction moved forward anyway. The 6th, 7th, and 8th floors were added and factories quickly moved in. A 9th floor was also under construction at the time of the collapse, none of which had been officially cleared for building safety. Because of this lack of judgment and disregard for workers’ safety, there was extreme structural damage to the foundation of the entire building, eventually proving to be deadly. Investigators found the workers had been told to enter the building on the day of the collapse, despite not wanting to because the building had developed cracks the day before.

The capitalistic goal of Western brands is to sell clothing cheaply. The way in which they do this is by outsourcing, which allows the brand autonomy around the supply chain involved in producing the garments.

What happens is this: a brand has a board of directors who’s mainly concerned with quarterly reports and having the highest revenue possible. If they had their own brick-and-mortar factory with payroll and charges to take care of themselves, it would drastically lower the amount of revenue listed. Therefore, they decide to cut production out of the equation altogether and outsource the work. Today, the cheapest labor can be found in developing countries, which depend on the income generated from industry. The governments of those developing countries do not set standardizations of working conditions because they do not want the brand to take their business to another country.

Garment factories will often take on as much work as possible in order to generate more income for themselves (the workers almost never see a pay increase). Because of this, there ends up being orders that one factory alone simply cannot fulfill. So, one factory will outsource all or part of an order to another factory, and so on and so forth, until the order can be fulfilled. This is how one order from H&M, or any other global brand, can be made by 10+ factories. Therefore, there is absolutely no way for the brand to have transparency into how their order was made.

Outsourcing is a side effect of the overall pressure that society has put on the textile industry, constantly demanding new trends, new collections, and new products, almost every day. It is the workers in the factories that pay for this. The main solution to combat this, in addition to intense building and worker’s rights regulations, is for society to change its attitude and consumption habits towards garments and textiles. Drastic reduction of the consumption of garments overall will offer the most immediate change to this problem. Awareness and advocacy for the workers themselves is also imperative.

What happened to the victims?

After this tragedy, it took a long time to draw up the list of victims, the first step towards the payment of compensation. The survivors and families of the victims faced many difficulties if only to prove that they worked well at Rana Plaza. The requested documents had been lost in the rubble or simply did not exist. Without a death certificate, the families of those missing in the collapse could not claim financial assistance. A large proportion of victims are now unable to work due to physical injuries or trauma. Many survivors and families of victims are still in a critical financial situation today following the tragedy, despite the negotiation of a compensation agreement.

More than six months after the collapse, an agreement regulating compensation for medical expenses and loss of earnings of victims was adopted. A significant number of companies that produced in this dangerous building at the time of the collapse rejected their responsibility for the disastrous working conditions. By refusing to contribute financially to compensation for victims, they deprived them of their right to fair and sufficient reparations. It finally took more than two years and strong public pressure to raise the $30 million needed to compensate those affected.

Bangladeshi authorities planned to file murder charges against dozens of people responsible for the collapse, the owner of the Rana Plaza building being among them.

There have been some factory safety regulations since this historic event, but things cannot stop there; we need to continue to hold brands and factories responsible for their production and ensure the health and safety of all factory workers. The Rana Plaza factory collapse was the pinnacle of terror caused by this chain of global outsourcing without transparency, and ultimately cost thousands of people their lives to get the attention of a global audience. No brand could take full accountability for producing at Rana Plaza, because they themselves did not know. Garment labels from United Colors of Benetton, Mango, H&M, KiK, Primark, M&S, C&A, Walmart, Gap, and many more, were found in the rubble.

At a time when sustainable fashion is trendy and when consumers are increasingly concerned about the materials they wear and their ecological footprints, this tragic event reminds us that it is vital to turn to a fashion industry where ethics is the first step. A fashion industry that respects human rights and where every employee benefits from decent and safe working conditions must be the minimum. How can we have sustainable fashion if the women and men creating it are not cared for in the process?

The SANNA Conscious Concept is a platform dedicated to sharing the narratives behind authentically ethical brands from around the world so that we can choose to support truly sustainable business models with our purchasing power, hopefully bringing an end to the capitalistic-minded fashion industry. 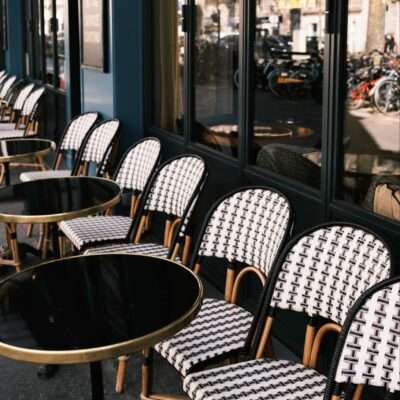 A Paris Guide to: Plant-Based Eating 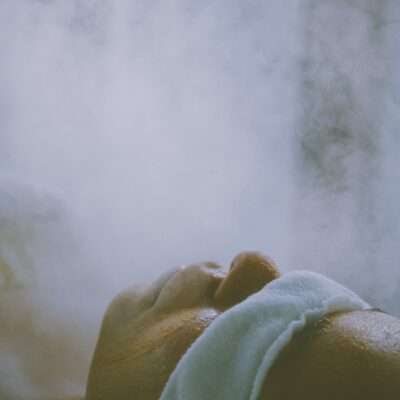 A Paris Guide to: Sports & Spas 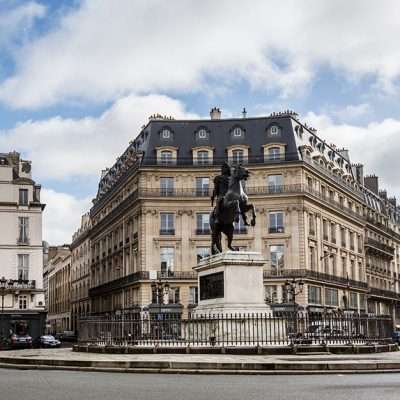 A Paris Guide to: 2nd Arrondissement